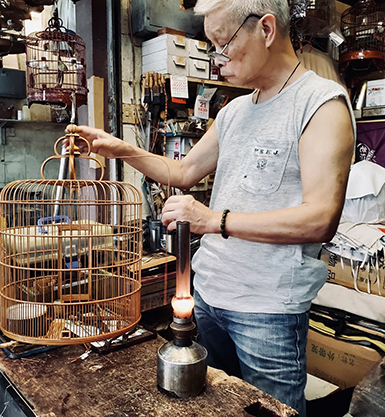 “To only concentrate on the skill of birdcage crafting is mind-narrowing, whereas the repair process could reveal the versatility of the craft.”

Chan Lok Choi, commonly known as “Master Chan”, is one of the remaining birdcage craftsmen in Hong Kong. Born in 1942, he had been learning birdcage crafting from his uncle since 1955, and afterwards, he apprenticed under Birdcage Master Cheuk Hong.

Master Chan started crafting birdcages when he was in his teens, and in the 70s, he was already running his own shop in Hong Lok Street, Mong Kok. Hong Lok Street used to be the place to go to for selling birds, birdcages and related products, and hence it was known as the “Bird Street”. In the latter half of the 90s, when the original site of the “Bird Street” was demolished, to continue with his interest, Master Chan relocated to the bird garden at Yuen Po Street in Mong Kok. Nowadays, Chan Lok Choi no longer crafts birdcages for his customers, instead, he specializes in the repair work. 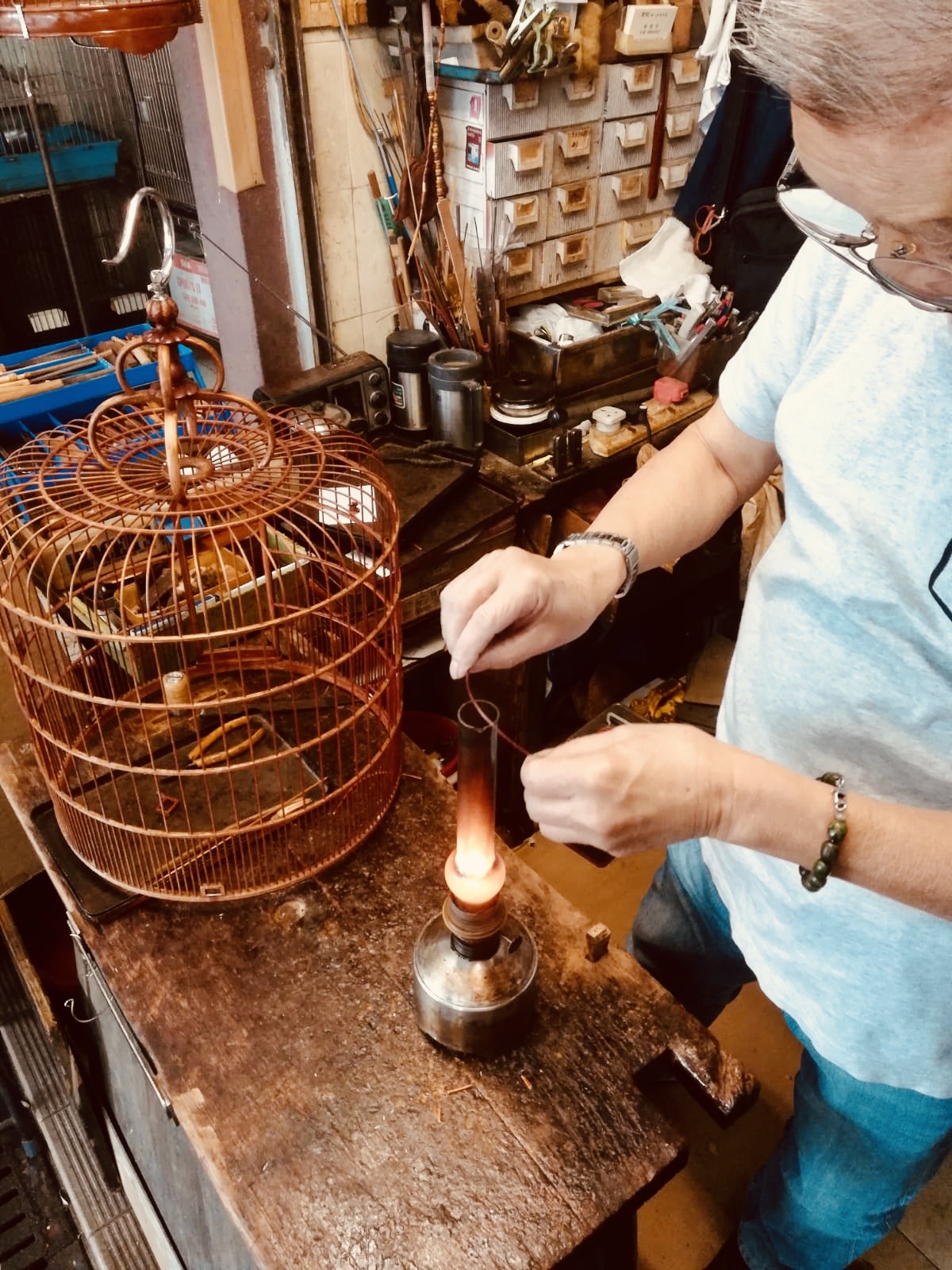 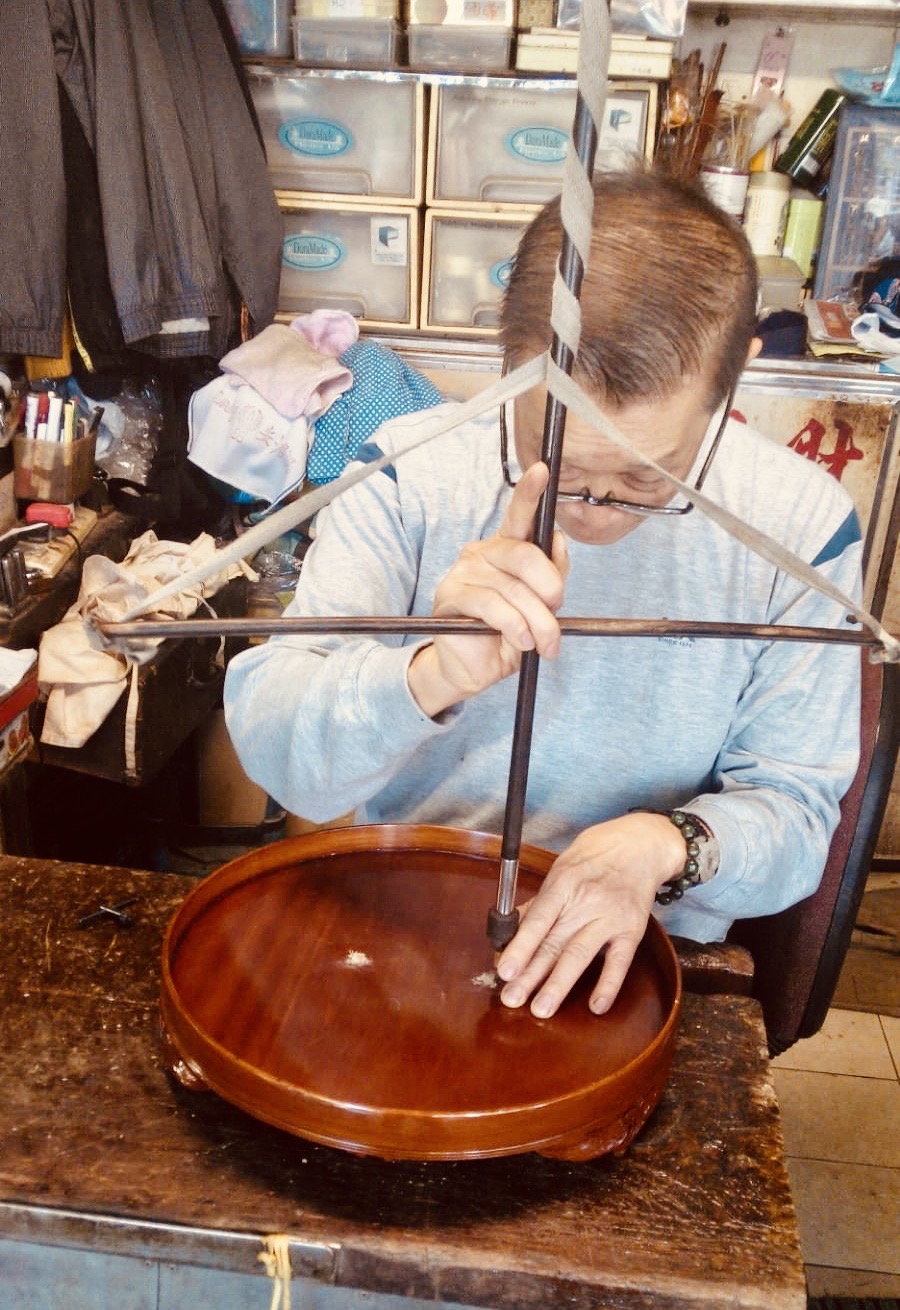