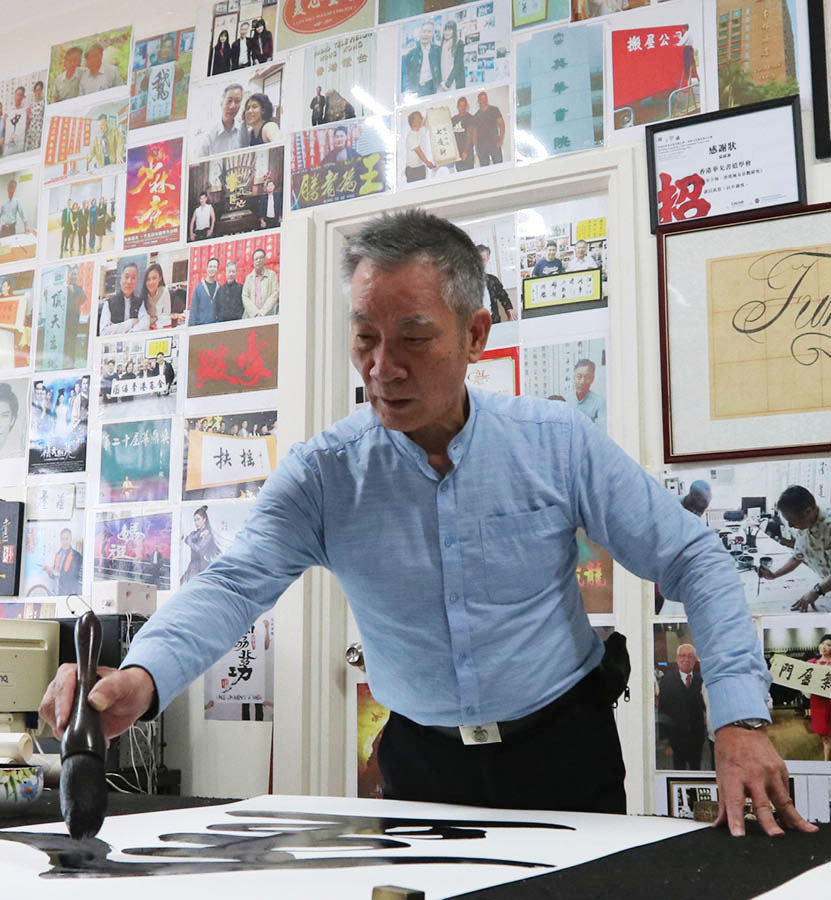 Fung Siu Wah, known as Wah Gor, was born in 1948. From a young age, he was exposed to his father’s passion for calligraphy. Starting with the main schools of Chinese calligraphy from the Ming and Qing dynasty, he advanced his style with calligraphy from the Yuan, Song, Tang and Jin dynasties. His style is not confined to a particular school but unifies the essence of each into one. Wah Gor particularly specializes in and favors the cursive script.

Wah Gor began his calligraphy career by writing signs for businesses on doors of lorries. His work was noticed by a film director when he was making props for movies, and since then, he has produced inscriptions for hundreds of well-known Hong Kong movies. Known for his dynamic style, he is honored as the exclusive calligrapher in the film industry.