Guangcai has a history of more than three hundred years. Back in the Qing dynasty, guangcai was being sold overseas, and foreign royal families as well as commissioners would come to Guangzhou to purchase, hence guangcai is also known as “export porcelain”. Guangcai is characterized by its vibrant colors, rigorous composition and sophisticated brushstrokes, using a combination of bright pigments of gold, pastel (fencai), blue, green and black, resulting in a luxuriant effect. The pattern depicted on the objects are landscape commonly seen in the Lingnan area. To cater for the taste of the European and American markets, guangcai has incorporated themes of Western religious myths and hunting scenes, or ribbons of butterflies pattern in bright red and green colors, which further accentuate the vibrancy of the array of colors. Europeans and Americans hence also named guangcai as “Canton Rose”.

The porcelain industry is an integral part of the local art, cultural and historical scene. In the twentieth century, as an international trading port, Hong Kong has developed its own unique style of porcelain, known as “Hong Kong ware” (Gangcai), characterized by rich and varied shapes and ornaments, innovative techniques, combining the cultural elements of the East and West while possessing a distinguished local style. The porcelains were popular among locals as well as foreigners, and it marked the heyday of Hong Kong’s porcelain. In the 70s, Governor Murray Maclehos’ spouse Lady MacLehos was also attracted by the craft of guangcai, and she sent her own sketch to Yuet Tung China Works to have the design customized. The factory afterwards named the design as the “Governor’s motif”.

There are a number of steps required in the production of guangcai. First is the selection of white porcelain body. As the suitable clay could not be found in Guangzhou, porcelain were not fired locally, and the white porcelain body for guangcai are mostly delivered from Jingdezhen in Jiangxi, which will then be painted on following the design of the craftsman. The paintings are developed from the traditional methods of the Lingnan school, while blending the Western oil painting techniques onto the basis of traditional Chinese painting. The ornamentation is more regular, the patterns are highly decorative, which are generally framed and grounded, with the major theme centred, and a clear distinction between the main and peripheral subjects, which at the same time compliment each other. From the pre-war period to the 60s, each craftsman has his own specialized pattern, for instance, some craftsmen specialize in the frame, and some in roosters. While this can ensure the quality of the painting, it also serves as a kind of patent which protects the craftsmen’s profession. When the printing technique was invented, the pattern outlined in black glaze paint will be printed on the surface, and the defined areas will be hand painted in glaze paint. The layers of glaze paint are relatively thin, but the colors are rich and vibrant. Among them, pink, iron-red and green glaze are considered darker colors, and the rim is commonly painted in gold with patterns, which conveys a luxuriant and opulent feeling. When the glaze painting is completed, the object will be fired in the kiln of 800 degrees celsius.

What is most particular about guangcai is the composition, which is also the most difficult skill to master. In the old days, the masters were so experienced that they were able to accurately outline intricate patterns with bare hands without requiring any modification, while today, there are only a few remaining porcelain painting masters who can excel in this skill. 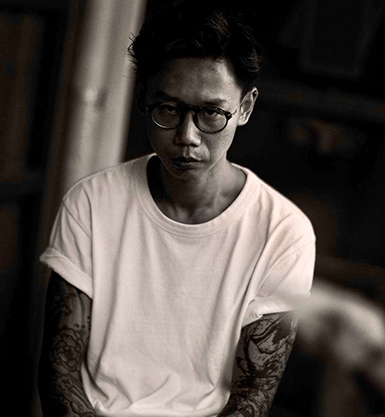 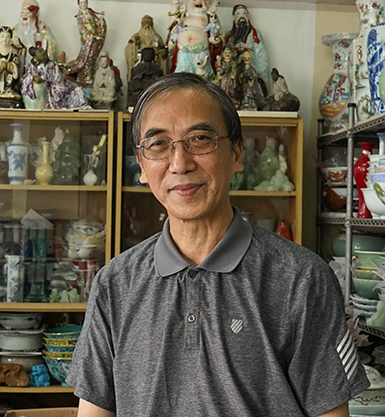 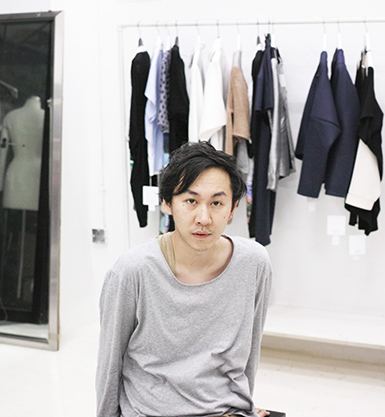 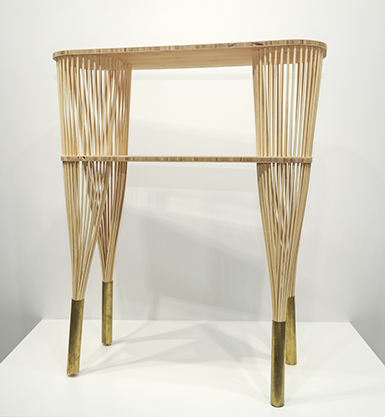 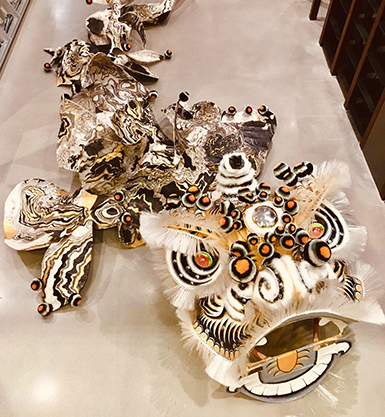 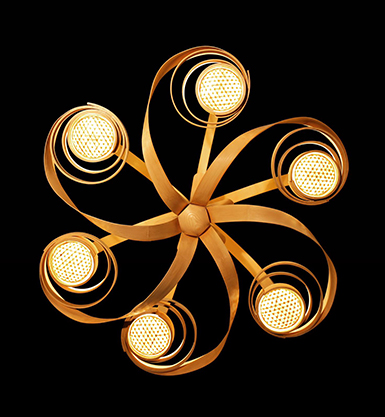 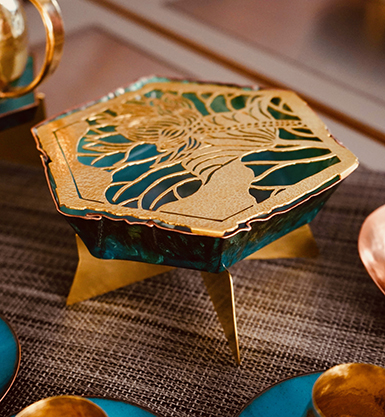 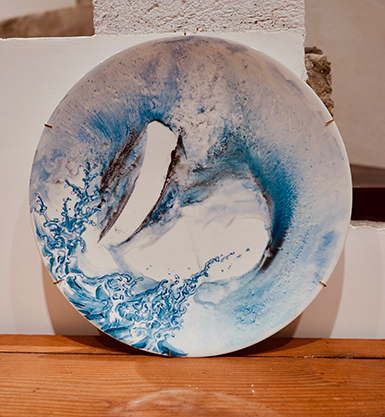 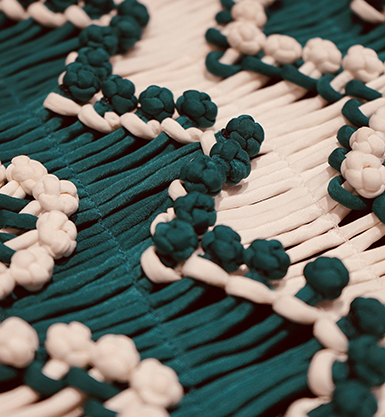